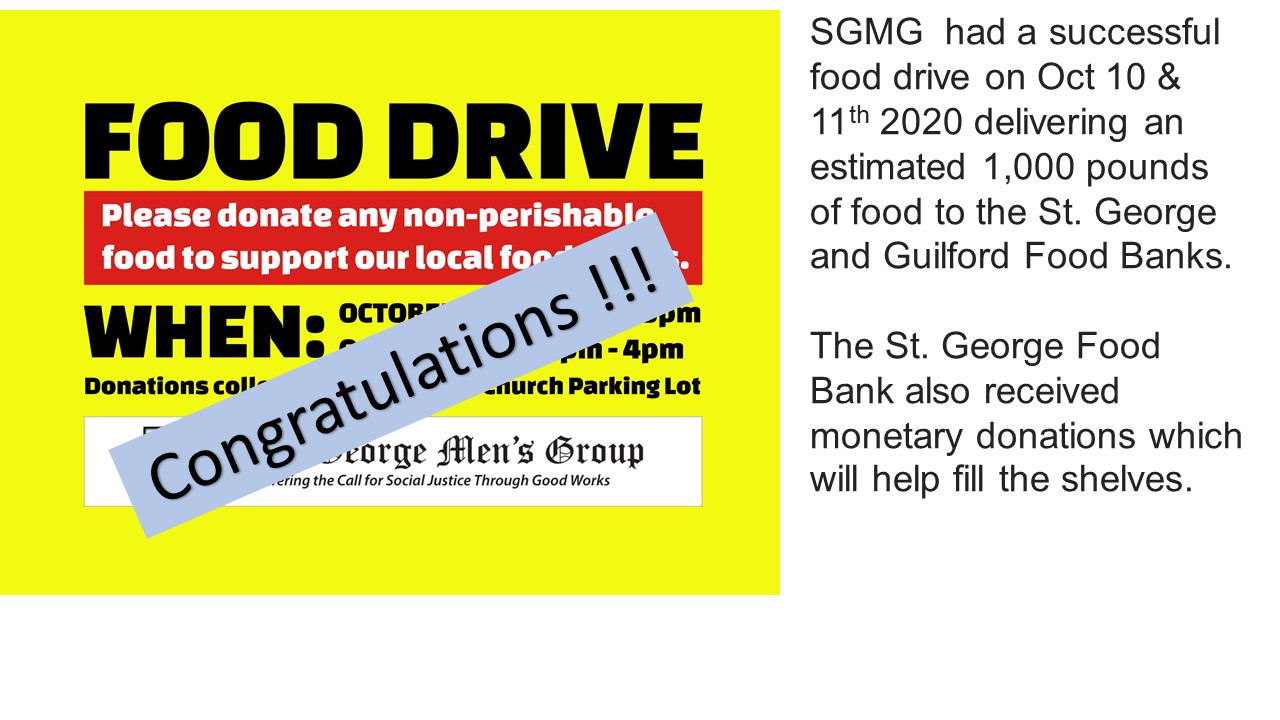 St George Men’s Group Helps the young organizers of grassroots Guilford Racial Equality Project (GREP) in the group’s first awareness-raising event in town, Drive-In for Justice. On Monday, Aug. 10, a drive-in movie screen was set up behind St. George’s Catholic Church for a free viewing of the award-winning 2019 film Just Mercy, based on the life work of civil rights attorney Bryan Stevenson.

The Men’s group helped park cars and direct traffic to sell out crowd of over 90 cars!. 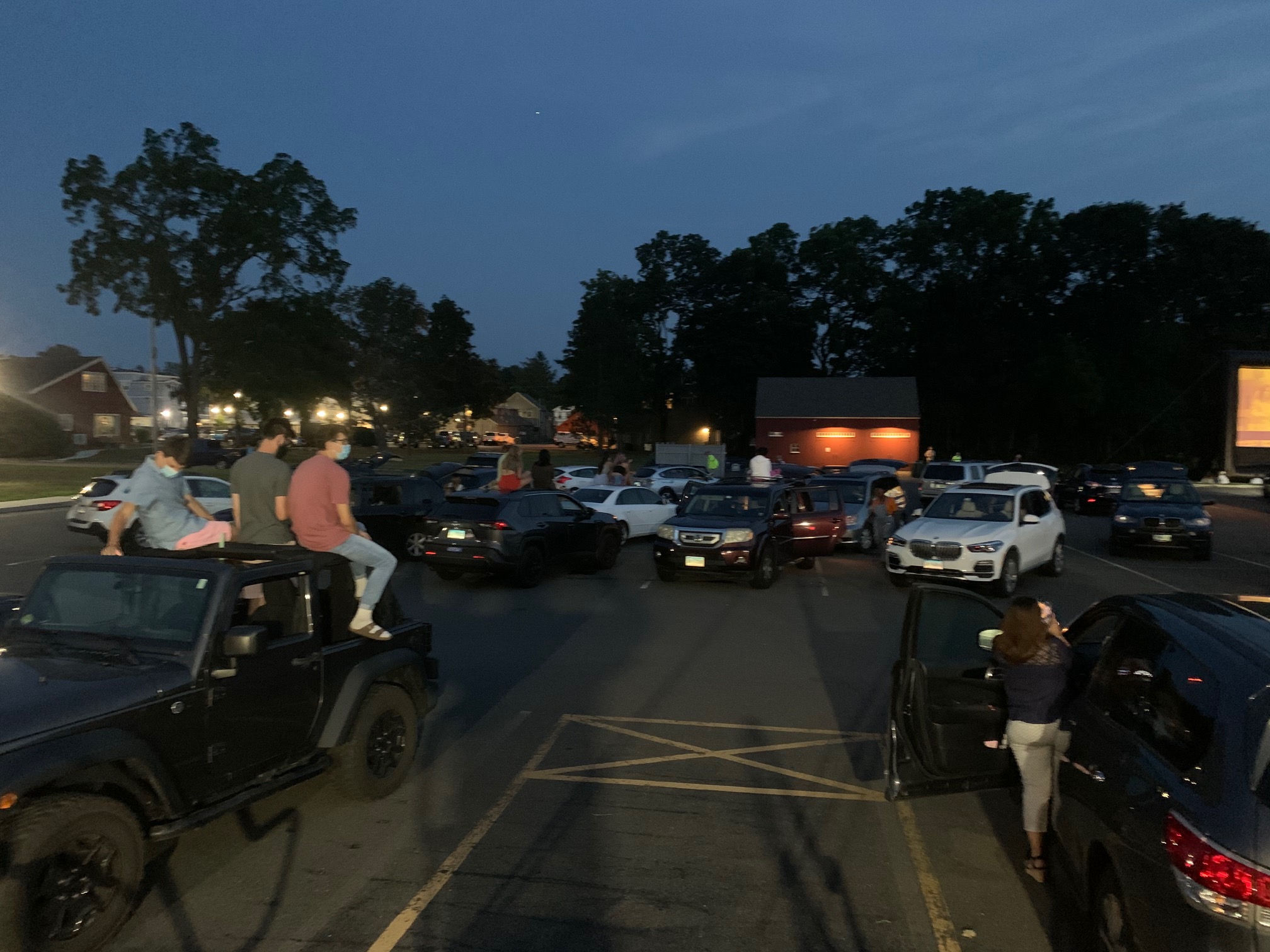 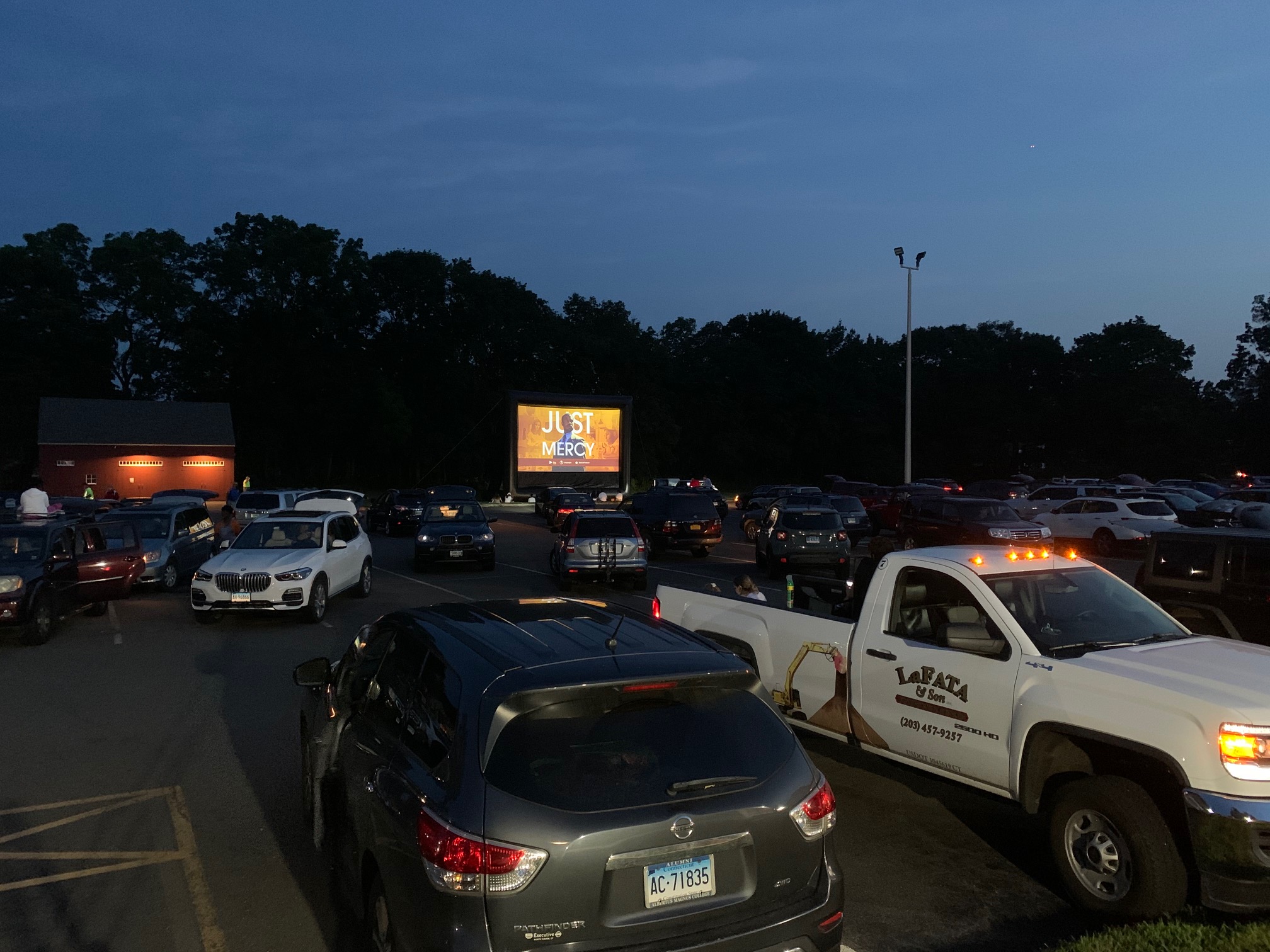 GUILFORD COURIER (8/14/2019):
Food, music, and a weekend of games and fellowship are returning to Guilford this month, in the form of St. George’s Church annual Italian Festival. Organized by the St. George’s Men’s Group, the event has grown over the past six years into a two-day extravaganza featuring live music, lawn games, cooking competitions, and of course, as much delicious home-made Italian food as you can eat. 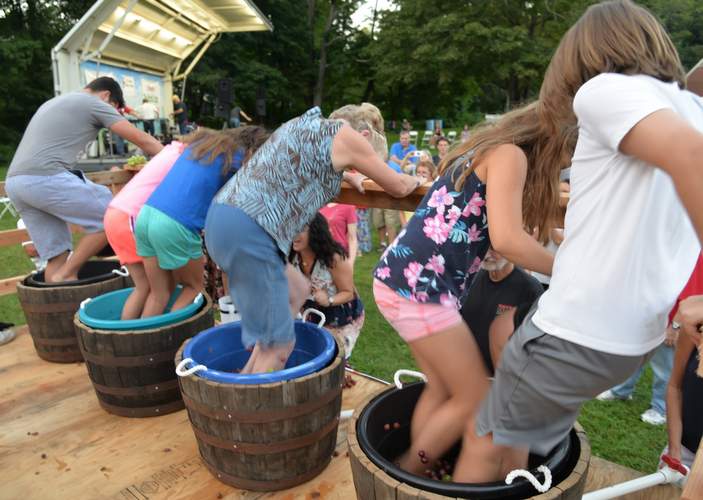 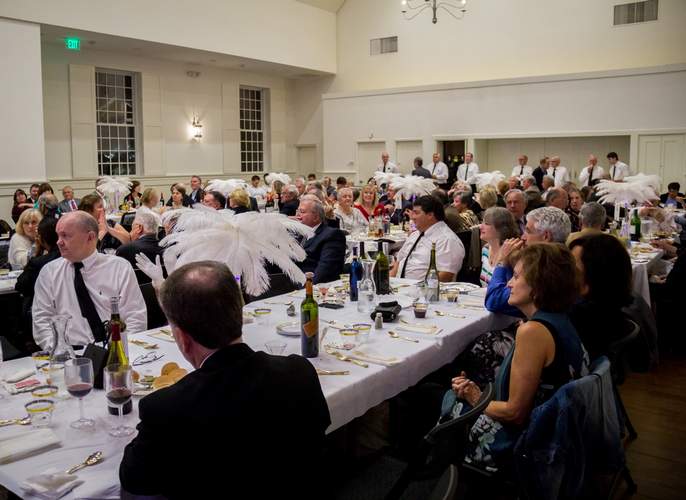 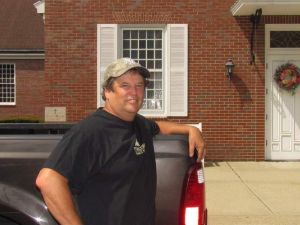 GUILFORD COURIER (8/15/2018):
Whether he’s stirring up sauce, manning a smoker, swinging a hammer, or supporting local farming, Peter Perkins is one of those guys who, as he says, is “willing to sweat for somebody else.” As a member of the St. George Men’s Group (SGMG), Peter will soon be at the heart of the group’s popular Italian Festival—just look for the guy cooking up sausage and peppers or Philly steak and cheese subs, and you’ll find him. 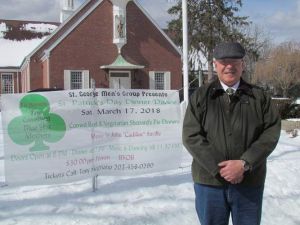 GUILFORD COURIER (3/12/2018):
With a last name that evokes a son of Ireland, it may come as no surprise that Randy McCartney is happy to help promote the St. George Men’s Group St. Patrick’s Day Dinner Dance, coming this Saturday, March 17 to St. George Church Hall, 33 Whitfield Street, Guilford. Event proceeds will benefit the Connecticut Chapter of the Blue Star Mothers of America. 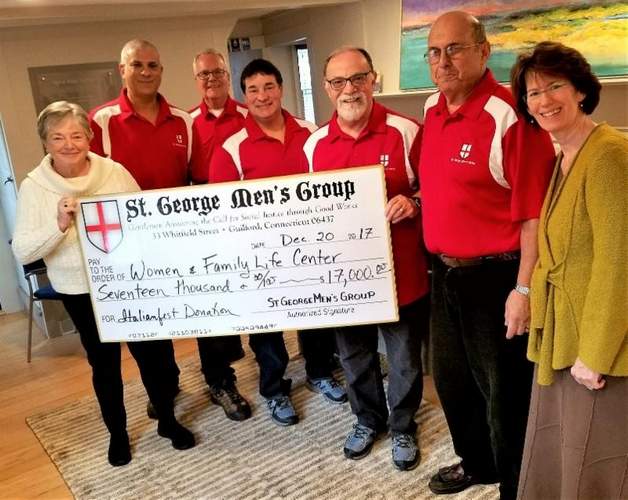 GUILFORD COURIER (2/1/2017):
The World’s Fare Buffet is set for Saturday, Feb. 11 (snow date, Feb. 12) from 5 to 8:30 p.m. in the St. George Church Hall, 33 Whitfield Street. Cuisine from points around the world—including Poland, Mexico, Germany, Brazil, America, Ireland, Italy, and India—will be served up, buffet-style, for ticket holders to enjoy. Proceeds from ticket sales will go to a fund that helps St. George Men’s Group respond to charitable needs and foster future fundraising events for charitable causes. 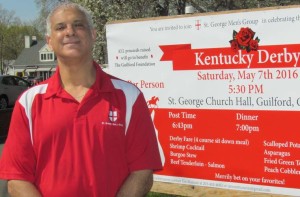 GUILFORD COURIER (4/27/2016):
When the St. George Men’s Group Kentucky Derby fundraiser breaks from the starting gate on Saturday, May 7, the night’s delicious, Derby-themed fare will arrive with posttime perfection thanks to chef de cuisine and virtuoso volunteer Jeff Trombetta. 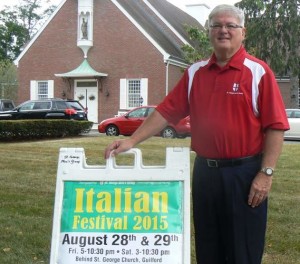 GUILFORD COURIER (8/26/2015):
Even though last year’s Italian Festival included a soggy Saturday night, St. George Men’s Group proved they can draw a crowd and raise money for a great cause, rain or shine. But as group treasurer, Bill White is hoping for two great days of fest weather this year.